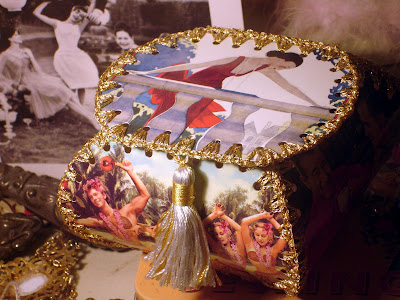 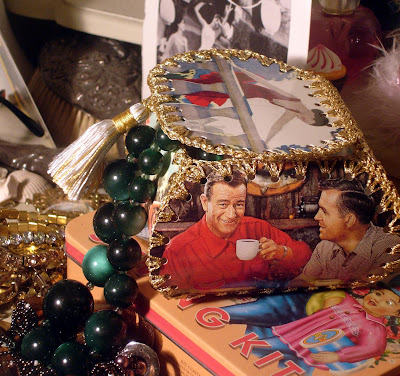 Things flash by me on the web as I’m surfing and I neglect to bookmark them - so it was with the greetings cards box … or vintage card box, handsewn Victorian greetings card box, crocheted card box … and all the other searches I made.
As the memory of the kind of boxes I’d seen and handled at Vintage fairs lingered, how best to describe them eluded me.
Then I found it! 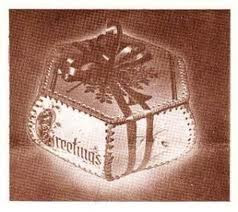 Then more and more popped up on various web pages - and I was determined to try and make one. Impatient as I am I didn’t download instructions, how hard could it be? And then I realised that the nicest boxes weren’t just blanket stitched around the edge - they were crocheted.
Hmm - as a rule I don’t crochet.
But I have been to a class and I do have some books and some hooks. I’d give it a go.
They are variously described as Victorian boxes as I’m guessing they were a popular craft pastime at the time. And still popular now - how about this dinky cup and saucer in the same method from the blog Tea With Friends - fabulous! 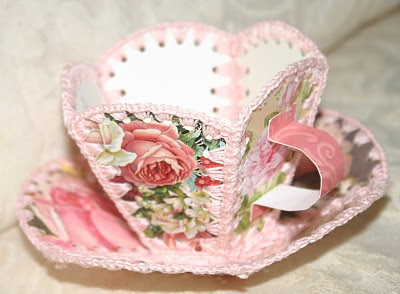 I stumbled across one crafter who seemed to have mastered the art ... 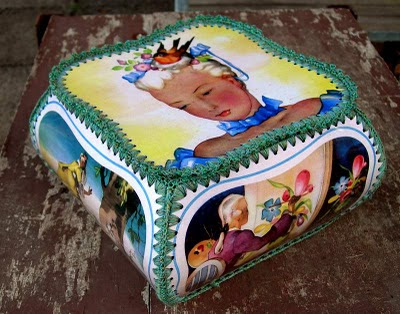 ... and you can see the truly wonderful work on her blog (check out her tea cosies). She also gives quite a comprehensive tutorial for making these boxes, which I was able to follow - so thank you Blogosphere.
I made a mock up first in plain card to see if I could get the pattern shape right. I had wanted to make a hexagonal box - my primary school geometry came in handy, but the sides were too shallow and the card too flimsy and I ended up with a rather squat wonky affair.
So I went ahead with a square box for my first attempt. It was the memory of the rounded sides that had stayed with me so it was important I curved the sides of my template. 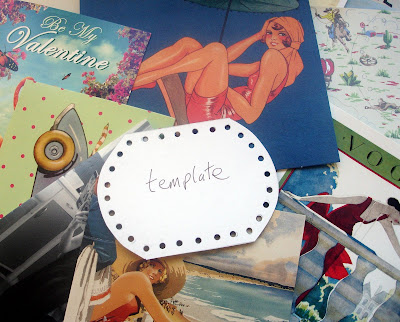 I had plenty of old greetings cards and postcards to choose from and I would probably double back the cards if made another one so that the inside of the box would be as decorative. There is something nice about capturing the handwritten messages on the interior - one card I used was from my daughter who had written the lyrics to ‘You are my sunshine, my only sunshine..’ inside.
A lovely reminder as I open the box! 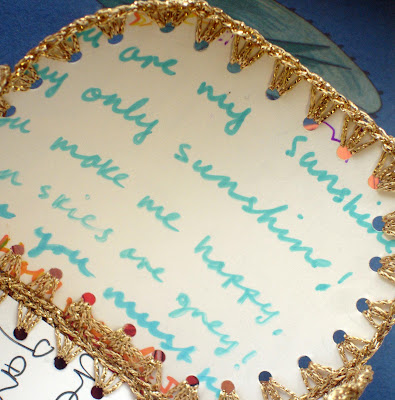 Next I punched holes around all the edges then began to crochet. Suffice it to say I finally got the hang of crocheting two stitches (chains?) into a hole, then an extra chain to take me to the neighbouring hole, and three chains in the corners - crocheters out there, feel free to correct my jargon. 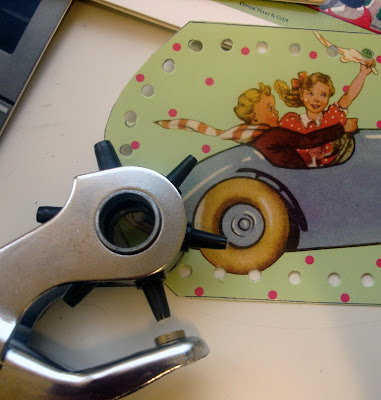 Note I was in desperate need of a manicure. 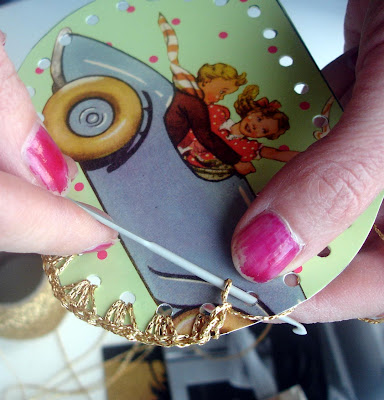 Once all the cards were edged I sewed them together being careful to get the images the right way up, adding a tassel to the lid for extra pomp! 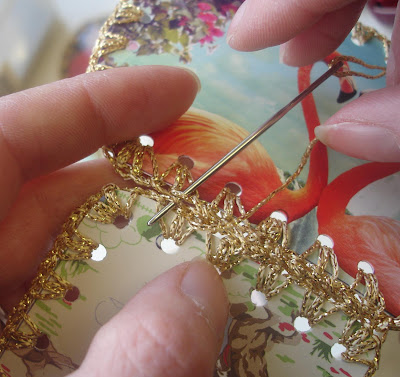 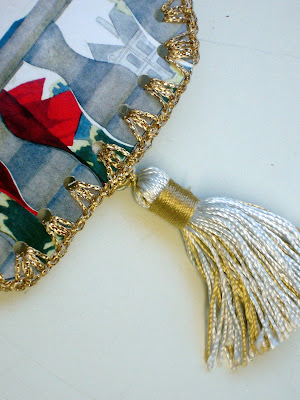 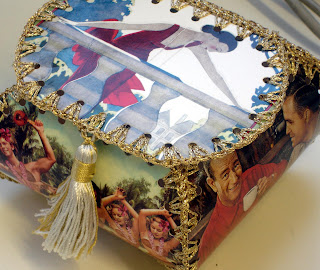 I've made more 'sides' than I've actually used so may make another, they're quite quick to put together now I've got the hang of it. 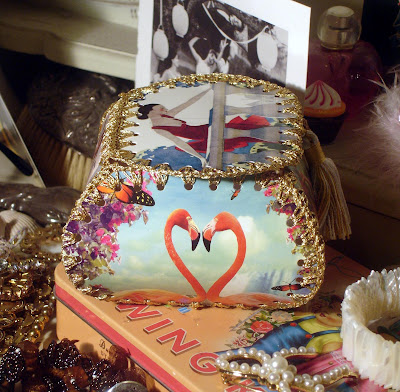 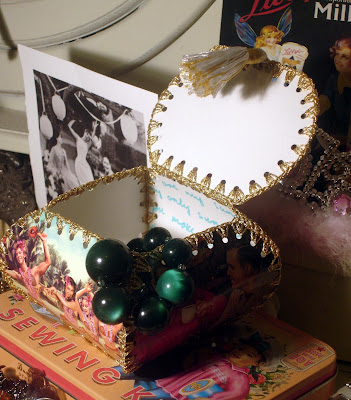 How Fun! Looks like you've mastered those little boxes. I love to crochet. And at least here, we'd go with your first description -- calling what you did in the little holes a stitch or single crochet (I think maybe you guys call it a double crochet?)

Love this idea! I have so many old valentines and things, this would be a great way to show them off!

Congratulations on persevering until you got it right! Looks super.

Oh BE STILL MY WILDLY BEATING HEART....How THRILLED am I that we through eBay of ALL meiums have found our way to each other....hahahahaha....THANK YOU for dedicating an entire post to one of my ALL TIME FAVE Vintage Treasures, the humble Card Box....!!!!!

I ADORE these & have a collection of them....About 5 years ago I endeavoured to make one myself & pulled one apart in an attempt to copy it....It is STILL in pieces....!

I will be coming back to this post & have a look at the other link so I can FINALLY finish it.....!

Oh, how lovely. We used to do something quite similar in elementary school to make boxes to hold the compulsory valentines from one student to another. I love seeing that it was carried over from a much longer tradition.

two bones and a bagle said...

Hello I was surfing the net for a pattern for a box just like yours I'm glad I found it on your blog. Love your bike - you lucky thing - will pop back.

Abi
Making something from nothing. Stop by for pre-loved, postmodern posturing with scissors fabric and glue. 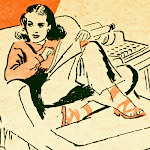